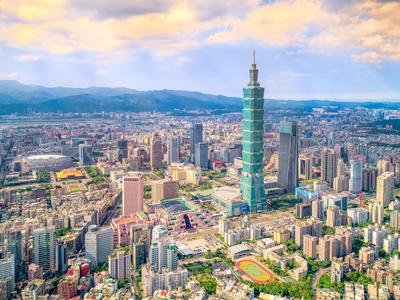 Prós: "The crew was good. The seats were not comfortable."
Contras: "food could have been better."

Prós: "The crew was very hospitable. Good food."
Contras: "The champagne should be served more chilled and the bottle should be stopperd to preserve its bubbles through the end of the flight. Avianca lounge at MIA is subpar."

Prós: "Nothing everyone was rude and disrespectful"
Contras: "No one was helping or bothered to help"

Prós: "I was travelling with two cats, one in cargo and one in the cabin. The crew were excellent in letting me know how the one in cargo was doing and everyone was very nice to my other cat as well. They both came through the flight happy and healthy!"

Prós: "The planets and stars we're aligned to provide an optimal trip. Price was a huge determinant for me...$800 RT Houston to Delhi just can't be beat. And, their arrival time into Delhi is so early (5: 20 am) that customs and immigration is a breeze."
Contras: "All good."

Prós: "Staff & food were excellent."
Contras: "Seats need to be wider in coach!!!! NO I'm NOT a typical fat American but have an athletic build with wide shoulders. Thank god I had two small passengers seated on either side of me. The airlines know what they need to do but keep resisting in the name of greater profits."

Prós: "They lost my luggage and no one knows where it is!"

Contras: "Same problem as the first segment (see above)"

Prós: "The crew onboard the flight were good and the entertainment was good"
Contras: "The boarding procedure is chaotic and the boarding crew were rude and yelling at passengers. No organization skills and poor communication as we were delayed over 90 minutes at the boarding gate to add salt to injury"

Prós: "The food is the only good mentioned"
Contras: "Turkish airways is becoming delaying flights without any justification, that makes that every flight connection That I tried to make the laat two trips were lost , nobody tell you , unfortunately the poor client oriented services do not provide other alternatives, you as a passenger must be advising them how to solve your issues. Shame that they are loosing passengers based in their total lack of support"

Prós: "Friendly staff,"
Contras: "My infotainment center was broken for the entire 13 hour ride. Luckily I had my phone but it would have been nice to have the expected entertainment options. The service carts only came through twice leaving a many hour gap with no drink or food service."

Prós: "Food and service were great."
Contras: "The usb charger was broken"

Prós: "Flight was very comfortable and food was amazing Thanks to chef and pilot. Everything was good If I get good price again I will definitely fly with Turkish all the time :)"
Contras: "The sounds of air was to much. I could hear the air outside and was bothering me."

Prós: "The movie options and quality of the screens was excellent. That's what got us through the flight."
Contras: "The food was horrible and served at odd times. The people around us smelled really bad so we had a rough time. I know it's pout of the airlines control but it really made the whole flight difficult."

Prós: "I really liked the whole experience and would only highly recommend Turkish airlines"

Prós: "Good food, comfortable seat, good timing."
Contras: "The crew seemed a bit harried rushing around the cabin. For example, I was given chicken when I asked for pasta."

Prós: "Our Turkish Airlines flight was late boarding and passengers were upset about not being able to make their connecting flights. The crew handled it well, but anxiety was high. The food is always good and one of the reason I fly Turkish Airlines on a regular basis."
Contras: "Passport Control at Ataturk International was a nightmare with hundreds of people ahead of us in the queue. No Police to secure the area, so people rushed the line pushing us aside and jumped the queue, this happened repeatedly. I would advise people NOT to fly into this airport and expect to make your connecting flight, because it doesn't play out well at all. We were in line for 2 hours and witnessed people pushing, shoving, yelling at strangers and generally acting like animals. I found the whole experience highly disturbing."

Contras: "Crew were rude and everything we asked for was an issue like we didn't exist not sure if they had a problem because we had a baby with us"

Prós: "A much nicer 777 on this leg."
Contras: "The lounge at IST is overcrowded and lacks sufficient showering facilities. There was leftover food everywhere that the overworked staff tried, in vain, to keep up with."

Contras: "I had an isle seat and the isles were so tiny that everytime someone walked by to use the restroom, they would wind up bumping or brushing against me..... So that woke me up about 20 times as well as the crew hitting me with the drink cart."

Prós: "The seats were comfortable, food was ok . Staff were friendly"
Contras: "The service was a bit relaxed, with kids I had a little hard time getting attention promptly"

Prós: "the plane was nice"
Contras: "the timing was so bad"

Prós: "The seats reclined very far and were super comfortable! I never sleep on planes and I slept the whole 13 hour flight. The staff was so friendly and made sure you were as comfortable as could be. The food was delicious and they give you a menu so that you can make a selection."
Contras: "One of my meals they ran out of the pasta so I had to eat rice meal instead. Nothing too crazy but I was a little disappointed."

Prós: "The food was the best I've had on an airplane and the in flight entertainment had an enormous selection. Flight staff and their service were amazing. I've flown all over and have never taken Turkish Airlines before. Now I don't want to fly with anyone else."
Contras: "seats were a little cramped for a 12hr flight, but I'm not a short guy. I guess it pays to go business class."

Prós: "I am a frequent Turkish Airways travel and have always enjoyed my experiences with Turkish Airways."
Contras: "My seat was not functioning so I was not able to recline to more comfortably sleep during the flight. The flight was an overnight flight from NYC-JFK to Istanbul, i.e. so a VERY long flight! A flight attendent was not able to get the seat to recline either and said she'd come back to help with another seat or some other solution, but never returned. This made the flight less comfortable and a bit disappointing as my typically experience with Turkish Airways is excellent!!"

Prós: "Good chow, decent beer, and stewardesses that can walk straight down the aisle!"

Prós: "Crew was helpful"
Contras: "Not having extra legroom is one thing but not having enough space to fit ones leg reminded me of the slave ships where slaves were placed so tight that they did not have any moving space. I am not even a tall guy - just 5'10". It was bad especially when one travels internationally for 14 hours non-stop. There should be some federal regulation regarding this."

Prós: "Crew is very flexible and accomodating to individual needs Food is good compared to other airlines Entertainment is programme is good"
Contras: "Toilettes were a bit messy, already after 2 hours. The screen of the entertainment programme is too busy to find things"

Prós: "Everything overall"
Contras: "My lock on my checked luggage was broken and things were stolen, it is quite unfortunate not to be able to thrust an airline with one's personal items."

Prós: "Nice onboard entertainment system"
Contras: "Extremely rude flight attendants. Did not care at all for customer service. Do not expect western standard service ! Service is 3rd world."

Prós: "I enjoyed the entertainment in flight movies, food service was good and the seats were fairly comfortable. I wasn't sure what to expect from the airline, I'd never heard anyone who flew with them before but it was a pretty good experience especially being my first trip to Europe"
Contras: "Took a while to board the plane a lot of standing around it seemed for no reason"

Prós: "That the flight was at most half full. This made it possible to stretch out along a row of three seats to sleep.The cabin crew were very attentive."
Contras: "The seats were comfortable, but very difficult to adjust. Leg room was minimal"

Prós: "In general, service was of good quality. Crew very attentive. The film selection was outstanding. Routing was good. I would not hesitate to take this flight again. Seat are comfortable, although somewhat old-fashioned. In general, I think that this is an excellent airline, my choice for the future."
Contras: "There was some confusion in boarding, due to a gate change not clearly announced ahead of time. But I do not wish to overstate this, since I was satisfied in general."

Prós: "fast boarding, on time"
Contras: "upon arrival, we waited too much in the plane and we didn't even taxi to the gate. we had to take the bus to the terminal which meant further delays getting in"

Prós: "The price, the service, the food"
Contras: "I wish there could be a little more leg room"