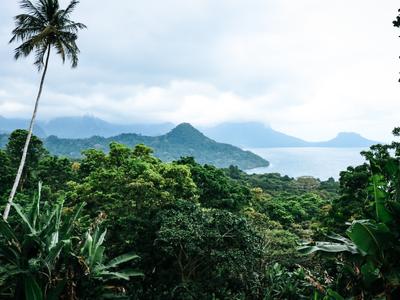 Contras: "Delay as always with TAP"

Contras: "Ground personnel one crew member in particular was unfriendly uncaring and unwilling to find a responsible resolution for the problem"

Contras: "Both flights delayed by hours which took my short one day of traveling into two very long days."

Prós: "Nothing. Their mistakes caused an awful experience. And a 24 hour trip from the east coast to Italy is ridiculous."
Contras: "I was livid by their unapologetic nature, their disorganization, their delays, the fact that every customer service agent said something different, the fact we had to pay for bags twice as a result of their delays. We should t have to do extra work to get reimbursed after the fact. They should not charge us right the. and there. It’s stealing. They cost us money and we didn’t get what we paid for."

Contras: "Flight was over an hour late, and they would not let us take our carry-on luggage on the flight even though there was plenty of room in the overhead compartments, which caused us to miss our return flight home overseas. No customer service desk at the airport. Ended up costing hundreds of dollars more to book another flight home."

Prós: "The crew was very king"
Contras: "the seats were very uncomfortable because the backs were not adjustable"

Prós: "Always the good attention."
Contras: "The delay of the flight without announcing it"

Contras: "Legroom is getting more and more short. Delays are the motto within TAP. THis time, more than one hour at departure and more than 15 minutes waitinmg for a stand on arrival."

Prós: "Nothing at all"
Contras: "Everything, Check inn to slow, boarding was a disaster, the seat was awful, not IFE, awful food, couldn’t be worse"

Prós: "Plane was fine."
Contras: "There was not enough food on an 8-hour TA flight and the airline charged us $85(!) to check carry-on if all of our carry-ons were over 22 lbs. Neither was clearly alerted to us before buying the ticket. Normally, I pay attention to these things, this was terrible. Very unhappy."

Prós: "There was no wifi or entertainment. The flight was delayed for 2 hours and no updates given. My bags never made the next connection and still looking for them with Norwegian."

Prós: "To be still alive"
Contras: "The airplane internal pressure is off, the temperature is hot ( in the middle of the winter) no water if not asking, no food or any form of assistance ( rang the attendant signal nobody paid attention to it ) garbage left all over the place while the stewards are chit chatting for the entire flight, the landing then felt like the airplane was falling apart. Someone couldn’t find their hand on luggage and the attendants told him to go to look at the lost and found in the middle of the night in a deserted Newark airport after a 8 hours flight without offering to help him with the impossible task ..... another 4 passenger looked also distressed at the luggage delivery since they obviously couldn’t find their luggage. Never again Wamos and never again Norwegian for covering up such a bad quality service..... real con artist trick that I didn’t expect from a reputable company"

Prós: "It’s the only direct flight from New York to Budapest."
Contras: "Mobile boarding pass didn’t work. Had to go back from security to check-in desk to get paper pass. When getting the pass the staff told us that our carry-ons (!) were overweight amd made us move things into our personal bag. The bags each weighed 20 pound were regulation size and we had no checked luggage. Flight was then delayed by two hours for no ostensible reason. The seats were incredibly tight in economy. The food was airplane food. Can’t really complain give low expectations."

Prós: "Nothing"
Contras: "The plane was delayed 2h10mins then we had to wait for the packages for 1h30mins. Terrible airplane, no space."

Prós: "I liked that we got here a little early. I was pretty hungry, kinda wish they had give a free snack"
Contras: "The guy at check in in Paris was a dick. Like he liked going to his job to be pessimistic about sverything"

Prós: "Very smooth and easy flight. Left on time and arrived a few minutes early."
Contras: "There was an entertainment system onboard but it was not turned on. No one had access to any entertainment. The cabin was kept totally in the dark except for the mealtimes. I wanted to read my book but couldn’t and I had to use my phone’s light to fill out the immigration form. I found this very irritating."

Prós: "Professional, polite and caring crew members."
Contras: "The seats were a little bit to small. Uncomfortable if you are not skinny."

Prós: "Efficient and timely once we boarded but they made us wait a long time"
Contras: "I didn’t like the ground crew at Newark. They were rude and unprofessional. Our flight left after midnight. Everyone wanted to sleep. They should have kept the lights dim. But they were on bright all night!"

Prós: "Friendly staff"
Contras: "Missing luggage. Please help me!!! Many valuables inside That cannot he replaced. I was bringing items for my wife who we just got married. Please help."

Contras: "The plane was very old and dirty. My seat was loose so it was very rocky and difficult to sleep. No leg room at all."

Contras: "I didn’t know you could make a long haul flight so uncomfortable."

Prós: "Nothing"
Contras: "Everything"

Contras: "I’ve flown on Norwegian before and have always had positive experiences but this time it was horrible. I was offered no drinks or food and when I asked a flight attendant if I could purchase some he said he would be right back and never came back. The tv didn’t work at all so I could order things through that."

Contras: "Crew members took A LOT of storage bins for their luggage leaving limited space to passangers. With not knowing what to do crew members added to chaotic atmosphere during boarding. They were also loud. Flight was also late, again."

Prós: "Clean bathroom"
Contras: "Passengers in front of us recline their sets all the way we felt compressed.screen was not working no air above us no cans for drink no USB port on the flight boarding very disorganized flights always late customs wait very long"

Prós: "The crew was mediocre - seemed nice relative to the rest of the experience"
Contras: "Horribly old plane, with 0 leg room and the person in front of you basically reclined into your lap. Infotainment system was >20 years old and did not switch on for anyone. Was supposed to be supplemented by Wi-Fi on personal devices which also did not work for anyone. In case you may think to read as a back-up, overhead lights also didn’t work. Pretty miserable experience."

Contras: "No reading light, no movie, no music, no earphone."

Prós: "The flight was smooth."
Contras: "The man at the check in desk tried to charge me 80 Euros for checking luggage, though he made an exception once I explained that the original flight to Paris had been cancelled and we had spent $2400 on a day-of replacement ticket. Boarding was bizarre; we were bussed from the gate to the tarmac and left to wait for about 20 minutes."

Contras: "Delayed, old cabin, no entertainment, no food options, inexperienced crew, 8hrs without so much as offering a bottle of water!"

Prós: "Nothing"
Contras: "The 2 women at the checking -in desk said there were no priority checked baggage tags for my luggage even though my ticket was business."

Contras: "Boarding was delayed but there was no announcement for the reason. Just waited for 45min on the line."

Contras: "It was about 14 degrees on the aircraft. We were freezing."

Prós: "Price"
Contras: "Everything else - the flight was canceled at the very last minute and rescheduled with another airline 7 hrs later"

Prós: "The crew where well dressed , polite attentive and caring. Plane was clean an on board entertainment was fantastic & kept the kids busy for a long time. We will definitely be happy to fly with them again"
Contras: "The Kosher meals where absolutely terrible. Gray turkey was just inedible Bread had mold on it."

Prós: "Nothing"
Contras: "Where do I begin? Ticket price: for the price I paid I expected service as good as on other planes I flew in the past - I didn't get it. The plane was OLD. There was no way of following flight route, we didn't know where we were and what time it was. Why? Because the plane was too old to offer it. The food was bad. Not to mention that it run out of milk!!!! Only 2 crew members spoke Polish. That wasn't a problem for me but I know that many people choose native airlines because they feel comfortable knowing that the crew speaks their language. Entertainment was poor. The movies offered were old. No games to keep kids busy, etc. Again, the plane was old. The plane wasn't clean. The only good thing about this flight was how fast the plane made it to Poland. We had an hour delay from the start yet we made it to Poland ahead of scheduled arrival."

Contras: "We have arrived 2 hours and 15 min before the flight time. To get to check in it took us 1.20 min!!!! There was huge line for the check in and only 3 staff members were working and helping to check in! Its summer season this plane was full!! Lot should have more crew members assisting to attract more customers to flight with them. The price of flying with LOT is higher that other flight to Europe but the service is the worst. If you want to sell more tickets and attract more customers you need to offer satisfactory service to people."

Prós: "The crew was very helpful and positive, including going out of their way to put together a vegetarian meal for me when I had forgotten to order one."
Contras: "We were put on a EuroAtlantic plane that had been specially chartered. It was dirty, the seats were uncomfortable, my entertainment screen didn't work, and the food was disappointing (although as I said, the crew helped me with a vegetarian meal. On most flights I find there's a vegetarian option so I usually don't worry about ordering it in advance. On this flight there wasn't, which was a mark against it, but the crew's willingness to help was a positive aspect). The cabin was also very bright even when the lights were out--some overhead lights were on and the screens were set to very high brightness, making it difficult to get any sleep (face masks were not provided). Overall it reminded me of flying in the "bad old days" before decent food and higher quality service became standard."

Prós: "The hosts were exceptionally attentive and accommodating."

Prós: "I got a seat with nobody next to me, stewardesses and stewards were good, entertainment ok."
Contras: "Only thing I didnt like was there was no room for overhead bags probably due to the fact that LOT airlines allowed people to bring more than one carry on on."