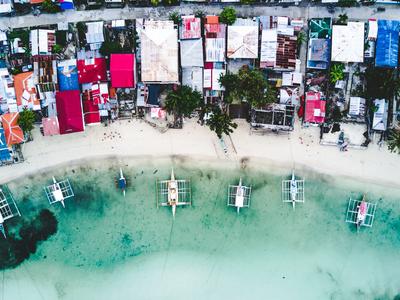 Prós: "The crew was the best!"
Contras: "I wish food would improve in general on planes"

Prós: "The check-in crew in Chicago was very nice and efficient. The flight crew on-board were not friendly, they were very curt and rushed, and did not go out of their way to be helpful."
Contras: "Friendlier staff during the flight. Better food for breakfast. The connection port for my headphones did not work...I would not have been able to watch movies if I hadn't brought my own single connection head phones."

Prós: "Good service by crew."
Contras: "Online check in was not working which meant long line to check in at airport."

Prós: "My FA from IAH to DOH was outstanding. She made sure I was comfortable the whole flight"

Prós: "Boarding was efficient. Staff were polite and helpful."
Contras: "Food was okay, seats were less so. Not enough leg room."

Prós: "Great flight in-service was fantastic. I didn’t use the entertainment service because is the old movies."
Contras: "Please include Nigerian and Ghana movies"

Prós: "The crew was polite and professional"
Contras: "The food was disgusting The plane is dirty The bags are treated badly"

Prós: "Qsuite is the best flight experience I've ever had by a long, long way."

Prós: "The service was super and the food was delicious even the seats are very comfortable"
Contras: "Everything was super"

Prós: "The airlines' film library offers plenty of movies to watch."
Contras: "I had an aisle seat. The crew pushed the service carts in the gangway and hit me a couple of times, and I was very much annoyed because I was waken up while asleep."

Prós: "The crew were fab"

Prós: "I am very pleased to travel with Qatar airways. Qatar airways and Singapore Airlines are the best companies."
Contras: "I was a little bit annoyed with the staff at the Doha airport at the boarding gate because she did not let me get in to boardin in priority even though with my privilege club card, I do have to insist after the call for zone 1 to proceed for boarding."

Prós: "The crew was friendly"
Contras: "Horrible flight experience and old planes without USB plug inn and no seat entertainment"

Prós: "Our flight attendants were all amazing, but especially Joanna!! She was outstanding and went above and beyond to assist us in every way possible!!"

Contras: "The changed the time of flight had to wait airport for 5 hrs"

Prós: "Overall a good service with good food."
Contras: "When flying from New Zealand to Doha, we departed Auckland at 15h25 and due to the time zone, most passengers body clocks would have been expecting sleep within a few hours. However we were flying West and thus into daylight. Sadly the window seated passengers were not asked to close their window blinds to block out the sunlight and many were left open. This made the cabin very bright and a difficult environment in which to sleep. Too much advertising before the on board videos, but otherwise content was good."

Prós: "Food service was good"
Contras: "Flight was delayed leaving LAX and was about an hour late to arrive at Doha. Fortunately, despite the 45 minute window for connection, I managed to get my connecting flight to Islamabad thanks to good support from ground staff in Doha"

Prós: "The staff is friendly .. and polite .. yhe explain well the rules and safety . They listen to costumer.. they make amends and or do what they can do to provide good and quality service"
Contras: "There is nothing in particular .. but i woud suggest .. more good food."

Prós: "Good amenity kit. Decent food offerings. Great range of alcoholic beverages"
Contras: "Business class crew were overstretched and inattentive. Had to find my own seat and flag crew down for hot towel."

Contras: "They drop you at the airport for 16-17 hours Airport hotel costs around 350$/night No entry visa for layovers exceeds 8 hours as they announced The answer they gave No entry visas because you bought a discounted ticket!!"

Prós: "Thank you to wonderful hard working Crew."
Contras: "I am a lacto ovo vegitarian. The meal was just vegitarian. I would have like to have an ice cream or a piece of cake."

Prós: "childrens meals and play packages. service was good, and bathrooms were kept clean. The meals were tastey and fresh."

Prós: "Food"
Contras: "Observed that one flight attendant from India is giving more attention to a person who is from Navy. He avoided asking what we want for drinks etc. He always ignored us and pushed his cart before we answer. We are very unhappy with his behavior, however, adjusted ourselves."

Contras: "For 14 hours flight, we were given 1 meal and 1 snack ; that seems too little for a long flight. They didn't have whiskey, only beer and wine...really... I asked the flight attendant to put my cabin luggage in the space above the seats, because I am old and could not do it myself, and he first frowned and asked why....ridiculous"

Prós: "The movie selection was good."
Contras: "-my seat did not recline, which I understand that I was close to the emergency exit but the person in front of me could still put their seat back way farther than they should be able to and I was unable to do simple things like put my glass of water on my tray -I had a vegetarian meal which was literally just rice and ground up brown mush-I have no idea what that much was -I asked twice for new headphones because my was broken but they forgot -When the flight attendant was coming around with water and she looked me to see if I wanted any and I said yes, she just skipped over me. I didn't pay a few hundred dollars extra for this."

Contras: "Seats were not very comfortable for economy class for a journey as long as these ."

Prós: "The personnel are what makes the airline so special. Everyone of them was so nice and so attentive to our needs. Great experience overall."
Contras: "So the seats while comfy are not as nice as the seats now on the reframed United Polaris and Delta and Air France in their newer planes."

Prós: "Quality of foods and service"

Contras: "Poor communication about transfers. I also had to throw away 20 pounds of things or get charge $800"

Prós: "Paying the hotel for whome the layover was more than 10hrs thanks a lot for caring and preserving the dignity of each customer, I recommend Qatar airlines to everyone"
Contras: "Everything"

Prós: "Considering how long it was, not much could have been better. It wasn't too crowded, so the seat next to me was free, which made getting some sleep easier."

Prós: "I travel from Sydney to Europe (UK and Greece) regularly. My experience with Qatar airways was fantastic: I highly recommend it. First of all, the travelling hours are a bit shorter (compared to travelling via Singapore or Hong Kong) probably because of the geography of the cities/connections and the corresponding flight times between Athens-Doha-Sydney. The aircraft was exceptional (I believe it was Airbus A380). It was a double-deck, wide-body and four-engine jet airliner. Cabin and economy class seats were very comfortable and more spacious compared to other aircraft. There was minimal turbulence, which is partially due to the type of aircraft: at least this is my understanding. The aircraft also had wi-fi (complimentary for the first 15 min) and one was allowed to use the mobile phone during the flight (except during take off and landing times). The flight attendants were absolutely amazing. Also, the crew was very understanding and friendly with children. Food was also excellent and in good portions. Overall there was high tech aircraft, excellent service and no delays. I will choose it again in the future."
Contras: "On the downside, I had a problem with my entertainment device during the whole flight: there was no sound, so I was not really able to watch any movies/TV.. The flight attendants tried to sort it out, but it was not possible. They kindly brought complimentary magazines and drinks/snacks, however it would have been much preferable if I could watch a movie or if free wi-fi was offered for the whole flight, as compensation.. My understanding is that this was not an option, due to problems providing free password..."

Contras: "All the services and the airport"

Prós: "We liked how attentive your crew members were"
Contras: "The flight we took out from Doha to India was a bad experience the boarding was not handled well and the crew in that flight were not attentive."

Contras: "They changed my seats twice and it was near the bathrooms and I hated it. They refuse to give me a better place when I requested. I didn't choose the seats they put me in and the crews couldn't handle the other passengers attitued and actions. I asked for a below but they didn't bring it to me."

Contras: "Very cramped space on a 14 hr flight. Very slow food & drink service. Toilets were dirty No opportunity to choose seats despite checking in online the day before - we were allocated 2 adjacent seats but there were none others shown as available on the entire aircraft."

Contras: "One of the crew member took his food trolley over my food and did not even apologize.i found them rude"