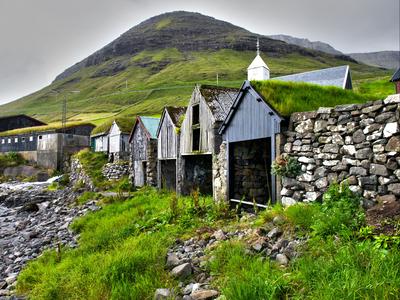 Prós: "Crew asked us if we’d like to move to an empty row to be more comfortable without us even requesting it."
Contras: "Bigger coffee cups? Really nothing to complain about. Everything I would expect from a flight. A++"

Prós: "Cops is always a good reason to flight"
Contras: "They always change the gates, also too many disorders in the gate previous the boarding process, the process it is not clean. They took hand baggage aleatory to send to down and do not ask if we have fragile stuffs there."

Contras: "2 hours delays from LAX to CDG then additional two hours delay from CDG to CAI, this is disappointing"

Prós: "Perfectly on time, no hassle, seat OK. This is the way I appreciate a flight."
Contras: "Food. No choice, three "madeleine" (sweet) cookies for all, no sugar-free (salty) alternative..."

Prós: "Polite and friendly service"
Contras: "Not necessary to buy a business class ticket, as all the new planes have standard economy seats in the front as well."

Prós: "The bread was fresh and food better than other times"
Contras: "Crew is always aggressive and unfriendly"

Contras: "Seat angle adjustment was not the most comfortable for sleeping."

Prós: "Fly was delayed.i was told my bag would go to end but it was not.instead of coming to the hotel 7pm i came 1am."
Contras: "Explain me to take the bag on time.it was almost left in the airport."

Prós: "Flight was on time."
Contras: "In flight complimentary food and drink service could have been better."

Contras: "Plane is old and entertainment facilities are no longer appropriate"

Contras: "Air conditioning too cold. Wasn't offered an evening meal. My luggage went missing and I'm still waiting for it to be delivered."

Prós: "The crew was helpful and accommodating"
Contras: "The flight was delayed, missed connection, and lost baggage. Subpar."

Prós: "Crew was very nice. Food was good and tasty."
Contras: "Plane seemed a little worn, which surprised me since it was an A380. Not that old. I had purchased an upgrade to a seat with more legroom, only to find out there was no USB plug for charging my phone. All standard seats have them. Would have been nice to be warned about that."

Contras: "They lost my luggage :("

Prós: "The flight crew on the flight was amazing. Went beyond basic needs and requirements."

Prós: "Everything. crew friendly and food/drinks the best"
Contras: "Nothing...all was wonderful"

Contras: "Being in the middle of the 4 seats with guys on both sides. They tend to restrict the space by using the arm rests."

Prós: "SFO - CDG (Air France) was a great journey in all respects. But the one major reason for that was, the middle seat was empty. I was so fresh after the journey, would definitely recommend this flight to anyone."
Contras: "The flight was delayed by atleast 45 mins and therefore had to rush at the CDG airport to catch the next flight."

Contras: "I will not use o recommend to anyone to buy a ticket with the agency, at the airport in China we were treated like criminals because as they said we were not register in the system as passengers it was really a nightmare"

Contras: "It is very difficult to get around CDG airport with a disabled person. There is no shuttle. By the time we got to check in, we were ten minutes late. They would not check us in, and we paid over $700 to change tickets to the next flight. When I complained, I was told to stop being rude or I would get no ticket at all. My mother is 94 years old and we did the best we could given the circumstance."

Prós: "Very good male crew member. Pilot genuinely apologetic for the delay."
Contras: "After running due to a 1 hr 10 min change over between flights boarding didn't prioritise anyone but I got on fine. Only to be told at the departure time that there was a problem with the baggage hold and we were delayed. In total 50 minutes late leaving. Breakfast a simple brioche with nothing to add to it."

Prós: "The stewardesses were extremely kind and helpful to me as I was travelling alone with my toddler. I really appreciated their help and kindness."

Prós: "Sometimes you get surprised, with this specific flight, we had an excellent young and perfect cabin crew. Thanks, Joon!"

Prós: "The food, entertainment, and service. Waited for me after almost missing my flight."
Contras: "Nothing."

Prós: "Nothing special"
Contras: "They start serving late the apperitif before taking off and take it back right after."

Prós: "Service was excellent, top of line Food ,some of the best I’ve had on a airline Seats & pillows comfy But we were in La Première! Also the equipment- a380 was terrific"
Contras: "Only 1 bathroom (toilet) for all of first class"

Prós: "Punctual, not crowded."
Contras: "Even though the plane was far from full, passengers were allowed only 1 carry-on item (no personal item), contrary to policy published online by Air France. This policy applied even to people with Economy Premium for the rest of the trip (which allows 2 carry-on suitcases, not a useful feature if one cannot begin with this number to reach the transoceanic flight)."

Prós: "Whenever I travel air France I get a reminder of what customer service looks like on a flight. Incredible crew, great experience"

Prós: "Seat comfort in business class Professional and friendly crew"
Contras: "Food not tasty Limited entertainment even in business class (such small and old screen style) Newspapers available to be much more diversified When is the WiFi going to be available?"

Prós: "Crew was welcoming"
Contras: "Space between the seats was too small."

Contras: "The leg-space is very narrow The chair is very tiring No entertainment at all Food was tasteless But most surprising was that we were on stand by for our connecting flight. Though we bought the tickets months ago and we got our luggage checked in all the way to the final destination."

Prós: "Not much"
Contras: "Plane late departing allegedly because of cleaning the plane, but why was the cleaning done that late? Also, ground crew remarkably uninformed about what was going on in the plane. Poor communication between plane and ground crew. No explanation from pilot as to continuing reason for delay even after we boarded. Departure time, 1.00 pm, boarded at 1.10, actual departure time 1.45, causing me to almost miss my connection and definitely causing my bags to miss the connection."

Prós: "Lovely crew, clean toilets"
Contras: "It's an a380, stains everywhere, aisles between seats narrow even for business, caos at CDG, no clear queues, ground staff shout at passengers, food selection good but huge gap between describtion and reality, in JFK we waited for 30 minutes cause the docking spot was too narrow for the captain, sky priority? The economy got their bags before 1st and business."

Prós: "The crew was very nice and helpful."
Contras: "The food was really poor. The chicken was as dry as it can be. The food taste was poor. I flow 3 weeks ago with KLM and the food was pretty good for flight food. Plus I didn't get my baggage at the end."

Prós: "Seats were comfortable, but the sliding action, instead of recline, took getting used to. Food was very good. Snacks available on demand, along with drinks. Complimentary wine with meal was also quite good. Entertainment system was first rate with plenty of options for TV. movies, music, games, etc..."
Contras: "Sitting in the middle two seats in the center of the 777 left me stuck for most of the flight. Got up only once. Wife's feet and ankles were swollen by the end of the flight. Not enough legroom to move much during the flight and not enough aisle space to get around with the plane so full. Have made flights twice as long on the 747 and were able to get up and walk."

Prós: "Wheel chair service at LAX is run by the airport. Their priority is to get you to your flight, not to a VIP room regardless of how early you check in."

Prós: "Food and service"
Contras: "Too many business class seats and the plane is so big it basically feels like flying on coach. You have two seats next to the window so it's exactly the same when trying to get up than in economy class with a passenger stuck next to you"